We are responding to Nantes’ call for Solidarity towards Greece 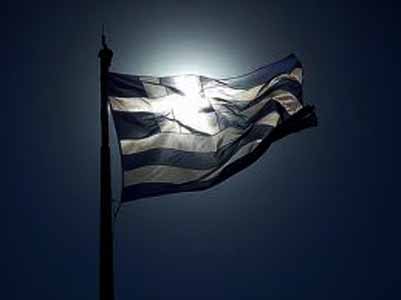 "StarWalkers Radio",  the Greek Webradio, we are responding to the Call for solidarity that was initiated by citizens of the French city of Nantes who have symbolically requested to acquire the Greek nationality as an act of solidarity towards Greece.

We want to thank from the heart and embrace all those who with their stance demonstrate that brotherhood and solidarity are still alive.

For this we consciously declare that:

- we are twinning with all the people from every corner of this planet that acknowledge and respect the Greek Spirit.

In ancient Greece being a banker was not thought of highly. Banks were associated with loans and according to Greek ethos «where there is a debt there are no friends». When a man is considered a friend he can never loan but always offers. Furthermore, even in such a case the interest due was nothing more than the gratitude of the person that had been offered help towards the person that has helped out. Plato in his famous work «Laws» is asking deliberately that loans with interest had to be banned.

Greek civilization has always been anthropocentric and money was nothing more than a means for acquiring goods. Center of the Greek philosophy was the human being and as since usury is totally dehumanizing was considered felony and absolutely immoral.

The practice of paying interest for a loan has been declared as a miasma from many Greek philosophers like Plato, Aristotle, Plutarch, etc. Katon when asked of his view about this practice answered « you are asking me what I think about committing a murder?»

Greeks always focused their respect on moral wealth and the virtues of nobleness, integrity and honor. The Greeks are familiar with oppression and because of that they are trained to be brave. Especially during times of tyranny they sense a call for a special courageousness to behave bravely and with honor to overcome oppression. Even in the midst of hardships and humiliation, Greeks are able develop an internal form of excellence that cannot present them as defeated but rather victorious even in the midst of apparent defeat. This is best exemplified once again with self-sacrifice on behalf of others. These are the characteristics of leventia. Selflessness, solidarity, nobleness are also derived by the Greek spirit that has luckily cultivated the whole of Europe and its people.

Greek spirit lives wherever there are people that are molded by the Greek philosophy. Such people, our brothers and sisters that have also lifted their eyes towards the light cannot stand still. Such people cannot give their consent to totalitarian systems that behold and suspend a human’s freedom. Such people rise and defend their eternal legacy for equality, fraternity and freedom.

Simple people but surely alive, people of N.e.u.f from Nantes- France have made a Call for solidarity towards Greece from

http://jesuisgrec.blogspot.com/2012/01/french-press-book-revue-de-presse.html (Είμαι κι εγώ Έλληνας) They are reminding Greece’s contribution in the rise of European spirit as well as our nation’s struggles for immediate democracy and freedom of nations throughout the centuries of our common history. They are depicting how Greece for quite some time is in the target of a global conspiracy of a monetary-based civilization that dares to sacrifice human lives and whole nations according to to market demands.

We, as Greeks, feel a deep respect and gratitude regarding the initiative of the people of N.e.u.f in Nantes whom we consider our brothers in heart.

You can also see a relative video about this call created by StarWalkers Radio: http://youtu.be/ghdbFWpasCE